We’re thrilled to announce that we will be featuring a regular column from the founder of the Craftivist Collective, Sarah Corbett, who will be sharing news and campaign information from this fantastic movement. Here’s a bio of our favourite charismatic Craftivist crusader!

“A spoonful of craft helps the activism go down”

Sarah Corbett grew up as an activist and has worked in the charity sector for over 7 years in engaging people in global injustices working for Christian Aid, DFID and most recently Oxfam as a Community & Activism Campaigner before she became a full time Craftivist. Growing up in the 80s in Everton, Liverpool, the fourth most deprived ward in the UK, she was brought into the world of activism from a young age having experienced firsthand her community battling against the effects of inequality, squatting to save local housing aged 5! Sarah is passionate about empowering and encouraging people to use their hobbies, talents and influence to be the change they wish to see in the world. 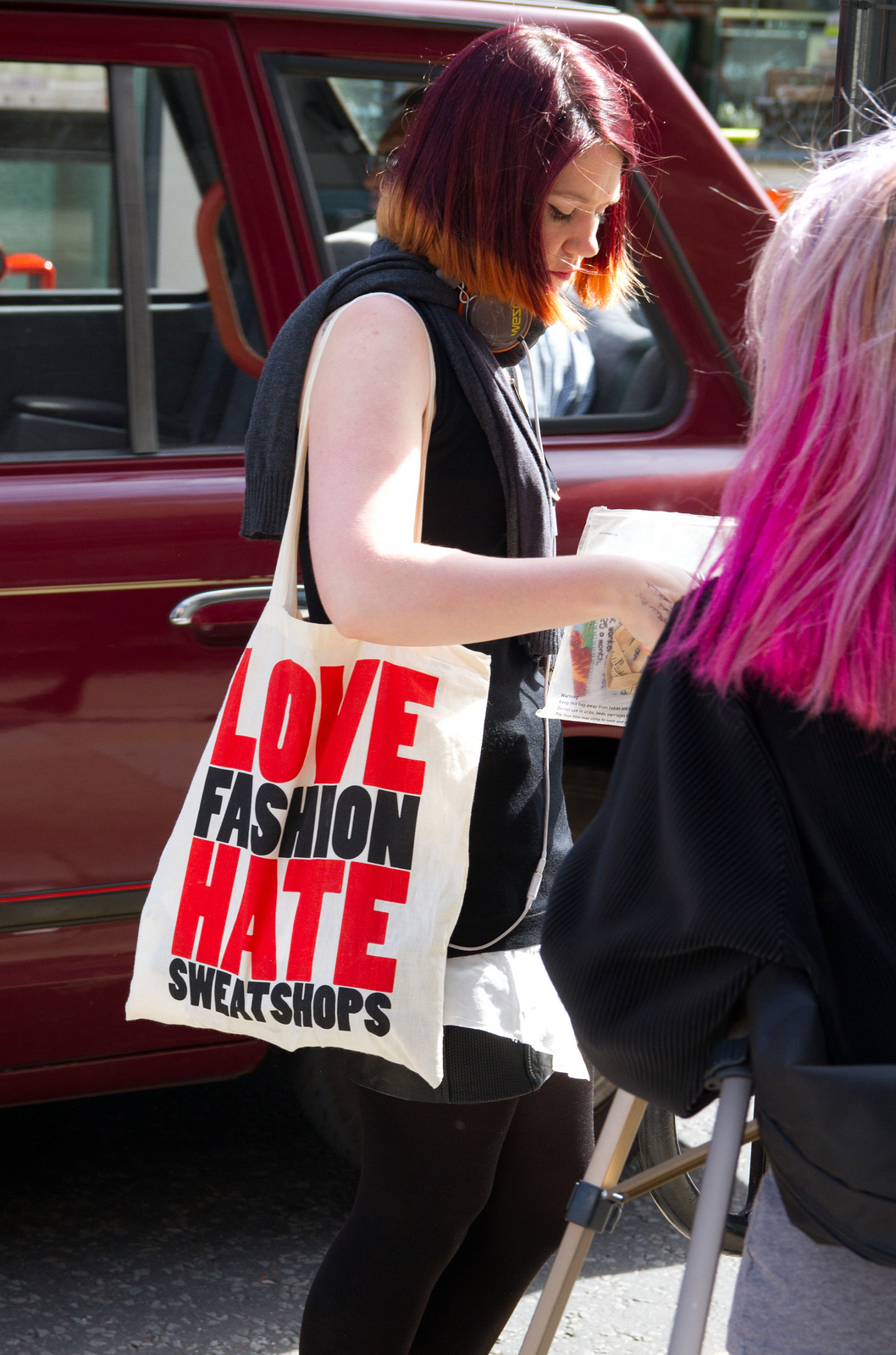 Sarah  founded the Craftivist Collective in 2009 after craft-lovers around the world asked to join in her craftivism (activism through craft) as a way to make positive change and give introverts a voice outside of traditional extrovert forms of activism. This is a growing movement of innovative reflective campaigning Sarah designed for people including burnt out activists to do ‘slow activism’ as well as offering a tool to marginalised communities to express their personal experiences of injustice through the power of craft. This hobby accidentally turned her into Europe’s leading spokesperson in the global craftivism movement. The Times named her one of their Five ‘New Tribes’ of 2012, and she has been featured in numerous magazines, blogs and even been on French TV channel Canal+.

The collective now has thousands of supporters all over the world doing her craftivism projects on their own and in groups doing ‘Stitch-Ins’. She is a ‘full time Craftivist’ creating projects, products, instruction videos, workshops, talks & currently working on creating an online hub for craftivists to connect with and share their projects with each other. She has exhibited in galleries including Brighton, Geneva & LA and has worked with creative institutions such as Tate, Hayward, British Library, TOMS Shoes, Greenbelt Festival, cult jewellers Tatty Devine & the groundbreaking Secret Cinema (managing to get 5000 customers dressed as prisoners doing reflective craft on the issue of the prison system’s revolving door problem!) and has worked with charities such as Save the Children on national projects to engage new audiences in campaigning. She is a craftivism columnist for Crafty Magazine. She has a craftivism book coming out in October 2013 with Cicada Books called “A Little Book of Craftivism’”.

We’ve been reporting on Sarah’s work for ages on here, because we flippin’ love her to bits! Here are five of our favourite Craftivist Collective posts!