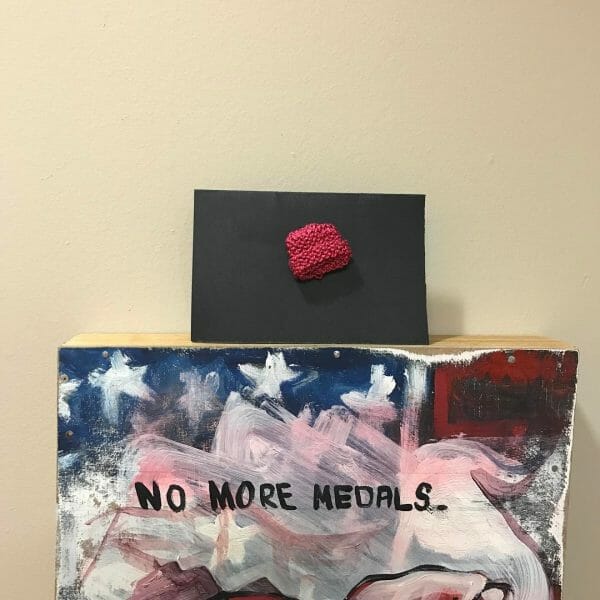 Catherine Hicks got in touch to share a brand new craftivism project that you might want to get into! Heeeeere’s Catherine!

What is Hide a Hat and Fight Back?

In the lead up to the Women’s Marches on Washington and round the world, my husband and I spent our evenings obsessively knitting hats for the Pussy Hat Project, furiously clacking our needles through miles of pink yarn. After so much knitting, were thrilled upon arriving at our local March in Austin Texas, to find ourselves in the middle of a roiling, joyful sea of pink. 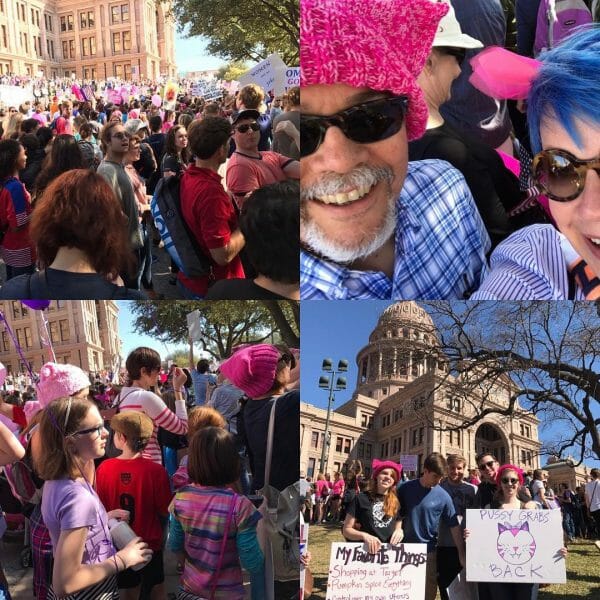 For me, the best part of being in the protest was seeing the diversity and individuality represented on every head! Lady Craft herself spent the March raging against the machine (made) – a victory for the marchers, a victory for the resistance, and a victory for makers everywhere. I got the idea for the Hide a Hat and Fight Back project upon returning home after the March, and there was nothing craftivist left to knit.
My hands had been so busy, and were just itching for something else that was useful to do; I figured that there were other anxious knitters staring at empty needles just like me. In times of trouble, my Auntie Ro always said, “The cure for anxiety is action,” so the project was born as an excuse for craftivists (and myself) to keep right on knitting, crocheting, X stitching embroidering, cutting and glueing, etc. as a way of relieving acute and seemingly incurable political anxiety.

The project asks Craftivists to create tiny (fingertip sized ) pink pussy hats. Any medium or technique can be deployed; the more unique the tiny hats, the better. Once completed, the tiny hats will be attached to a printed or hand written card, and the craftivists are asked to document their cards and hats by posting to social media (#hideahatandfightback or by tagging @hideahatandfightback) as they “hide” their tiny hats.
The cards can be hidden wherever their makers want – in a dressing or ladies room, on a public bulletin board, in a taxi or on a bus seat, etc., or they can also be given directly, or mailed to a Congress person, Senator, or even the President.

The cards will invite finders to post their discoveries on social media, and will encourage continued political engagement. Finders will be encouraged to join the movement when they post, and trolls will (hopefully) be discouraged by the sheer number of tiny hats they are seeing, as they realize that a bona fide movement is afoot.
Here is an example of some tiny hats, ready to go on cards: 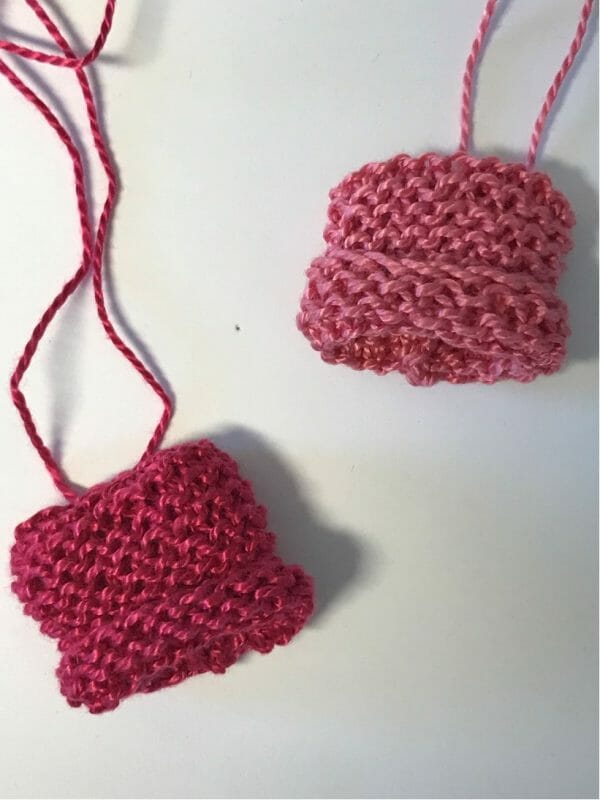 Adventures In Time & Lace – The Urchins

The Hide a Hat and Fight Back Project owes every debt to the original Pussy Hat Project.  We are simply an extension of that movement, and every hat we make pays tribute to all of the original makers.