Madeline Scharpf
When she’s not gallivanting overseas (usually to Japan) Madeline is making things at home in the Oregon countryside where she lives with four dogs, a pig and her human family.

Junko Oki has found philosophy in her stitches, preaching “Even if you find a tangled-up thread, you don’t have to cut it off, you can leave it to create a new pattern. In other words the path is endless and you can keep on going – no turning back.” 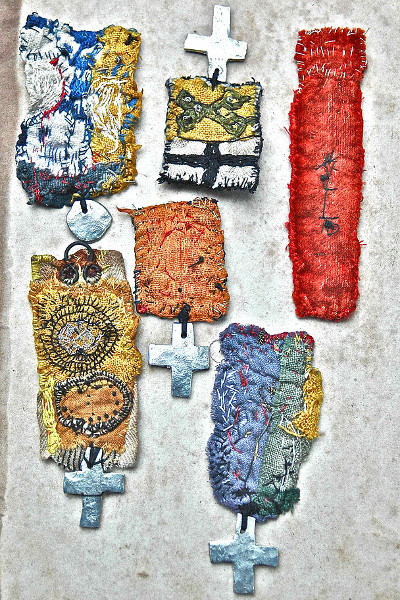 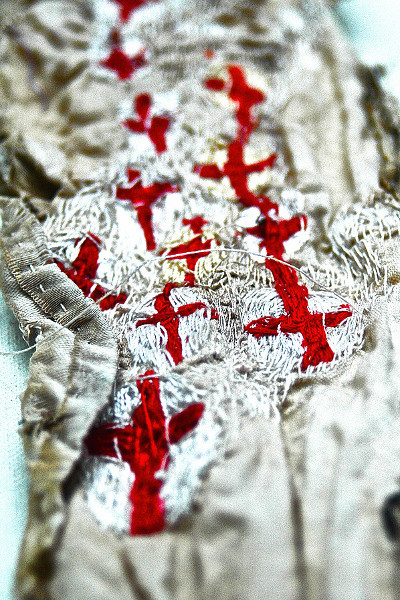 Junko Oki creates something that feels like boro but looks more like a fabric version of kintsugi. Her work is mostly free-form but she often features a cross in her design. She never has any detailed plans when beginning a project. She begins to embroider and is simply an observer to the magic of her own needle, adding stitch after stitch until it becomes art. 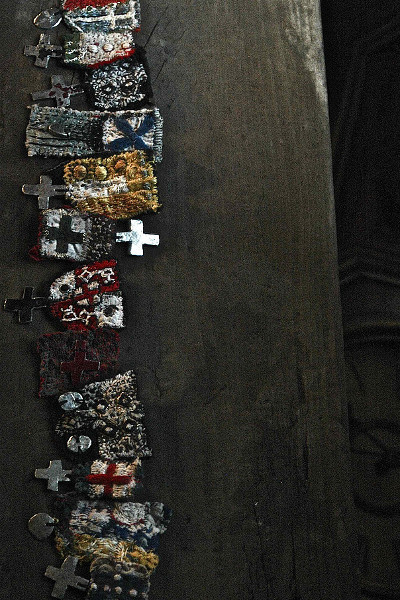 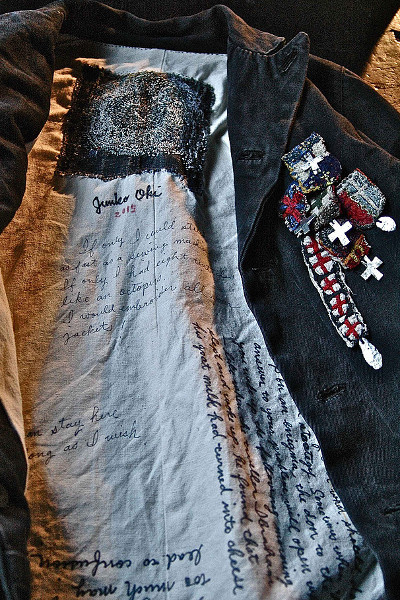 Junko Oki began her embroidery career at the age of 40. It happened one day when her daughter showed her a bag she had sewn. She was shocked to see the bag was made from pieces of her late mother’s vintage fabrics. At first she was heartbroken to see those coveted fabrics cut up but then she saw the love that radiated from the work her daughter had done along with the memories of her mother. This was the moment she decided that hand embroidery needed to become her new life path. 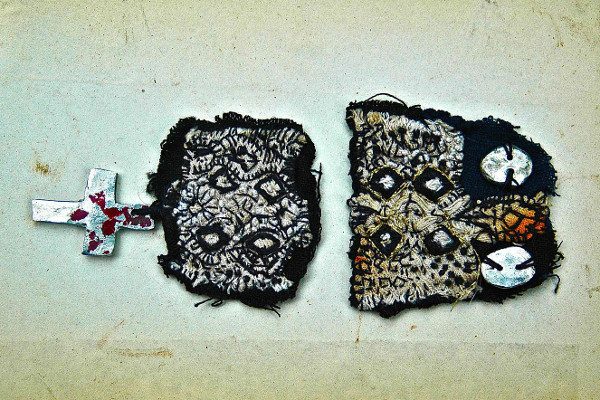 “Collectively, the works were none other than a reflection of me, maybe even embarrassingly so. I desired to expose myself even more through my works; I wanted to be true to myself. What else matters? That is the one thing I know that I am good at.” -Junko Oki 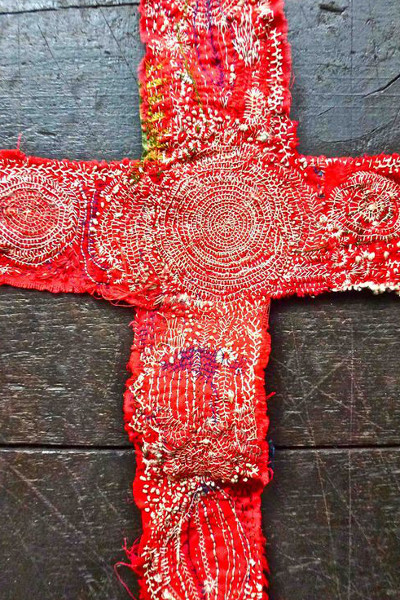 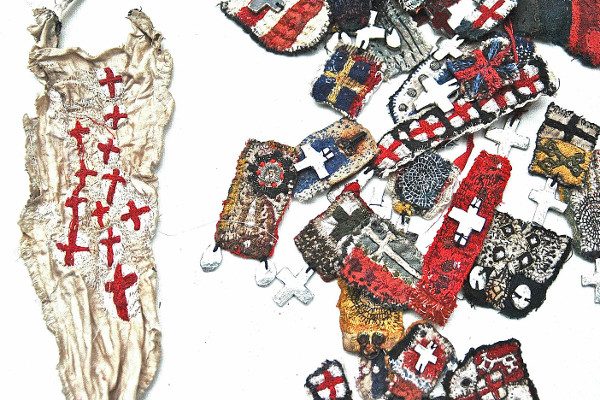 Her latest book is called ‘Punk’ which is a clever description of her style. “Punk” wasn’t a description that Junko Oki was familiar with, at first. A journalist visited one of her exhibitions and described her work as “punk”. Junko Oki did some research about what “punk” could mean and why this woman associated it with her art. When she came across an interview with the Sex Pistols’ Johnny Rotten she learned that ‘punk’ is to be true to yourself, it’s about evolving and finding the next step. Junko Oki felt a kinship with this unorthodox sentiment and memorialized it in the title of her book. 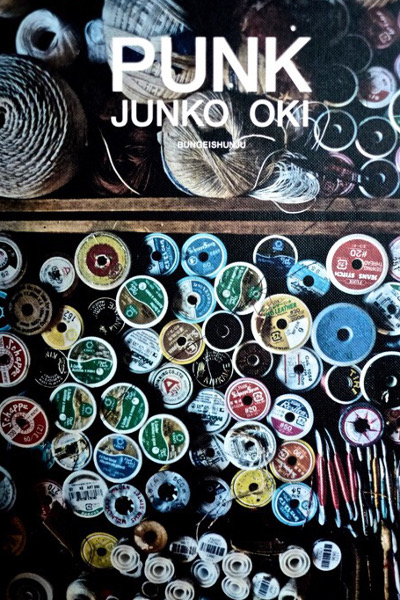 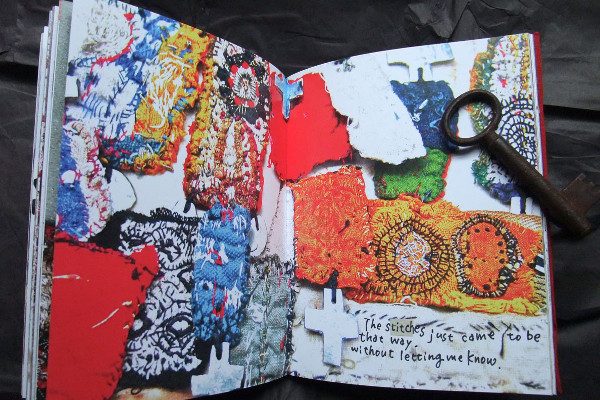 The publications of her books are limited so if you’re a fan, it’s not too late to add a gem like ‘Punk’ to your library. It’s a whopping 256 pages in full color. Each book thread-bound, and comes in a fine indigo box with gold plated lettering. You can get a copy here. 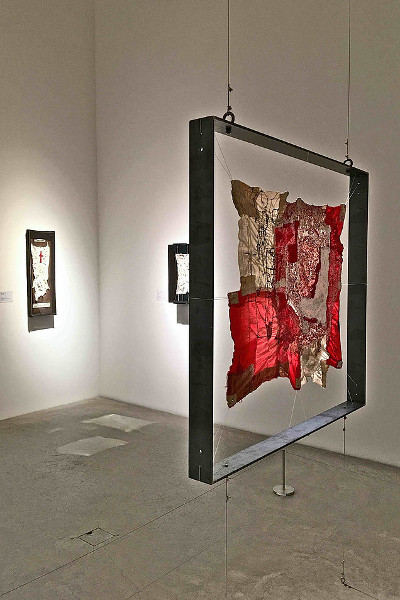 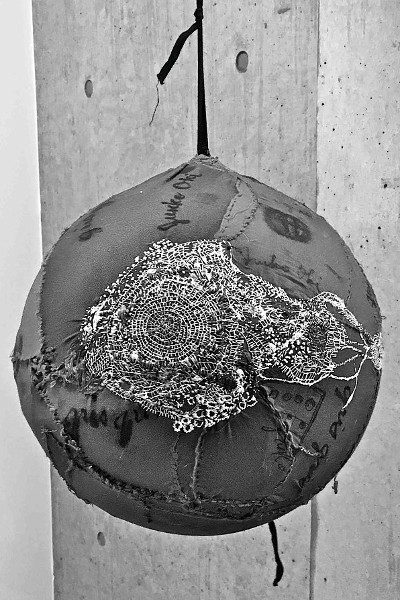 Junko Oki’s work can be seen in various exhibitions across Europe and Japan. You can keep up with her work on her website, www.junkooki.com 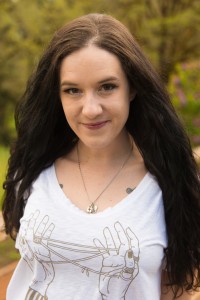 Madeline spends her time somewhere around the Pacific Ocean attached to a needle & thread while practicing Japanese. You can keep up with Madeline’s endless fiber projects at www.madelinewonderland.com or follow her on Pinterest

SASHIKO – How Far Can You Go?

The Cuteness of Kamio Mari