It is an absolute thrill to have curated an exhibition at Standen House, a lovely Arts & Crafts National Trust property in East Sussex. Originally owned by the Beale Family, Standen was designed by Robert Webb, a contemporary of William Morris, and the house is filled with elegant craftsmanship and attention to detail. In many ways, it’s fitting to have an exhibition of cross stitched works in a setting like Standen as the exhibition and the setting are both designed to highlight the beauty handiwork in it’s many forms.

The exhibition, titled The Mr X Stitch Guide to Cross Stitch, features a selection of works from the Royal School of Needlework archives, including this amazing canvaswork sampler by Martha Collymore from 1771. Martha would have been a professional embroiderer and this sampler was her CV, a tangible representation of her skills. Framed in glass, it shows that the back of the work is as stunning as the front, and despite being nearly 250 years old, it’s still in terrific condition. 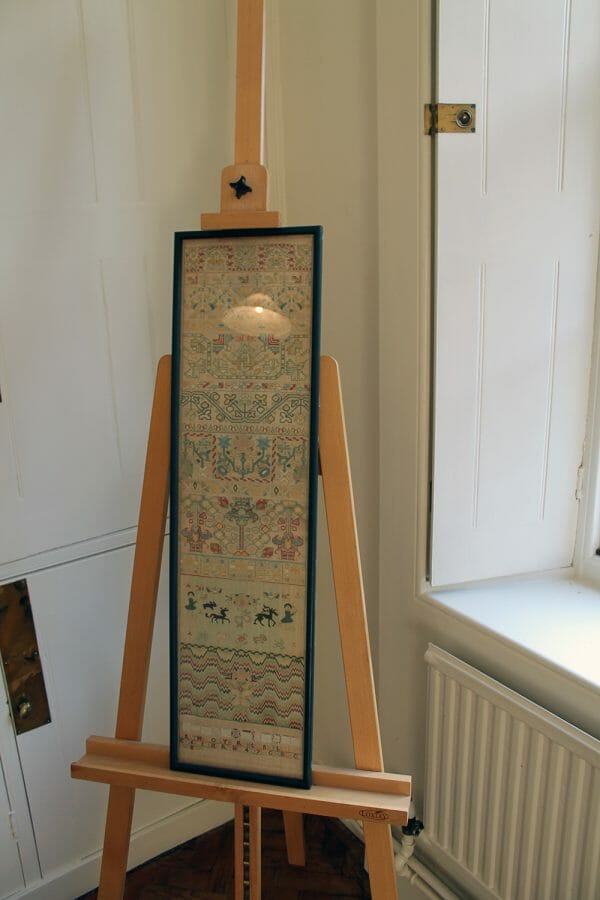 Maintaining the theme of samplers being a learning tool for embroidery students, we have a colourful collection of frames from the RSN’s first year Hand Embroidery degree students. On these frames are examples of the many canvaswork stitches along with a creative expression of those stitches. They’re great to look at and there’s a (pretend) prize to anyone who can name all the stitches! 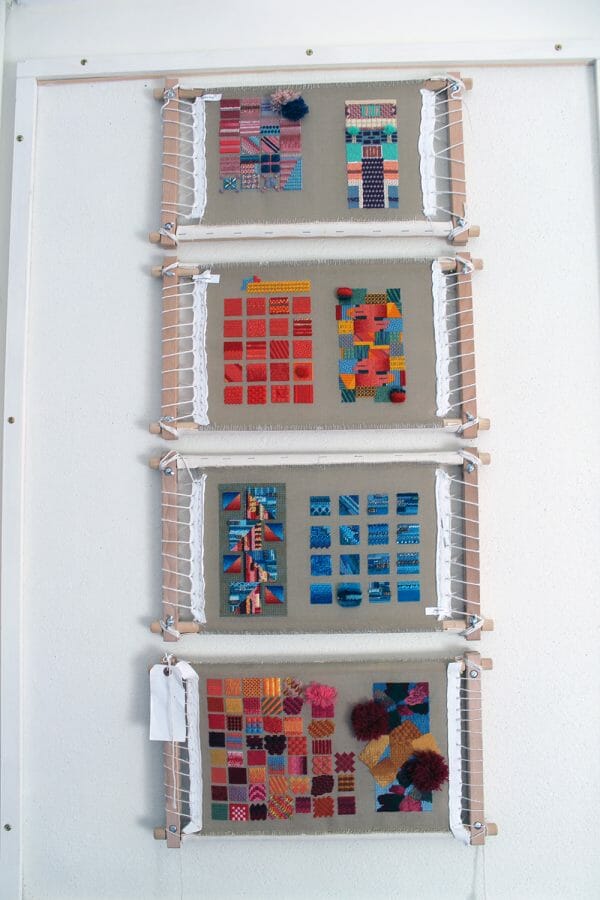 We’ve a good selection of modern cross stitch design including some large scale pieces by Keith Clark and Emily Peacock as well as some smaller, but no less funky designs from XStitch Magazine… 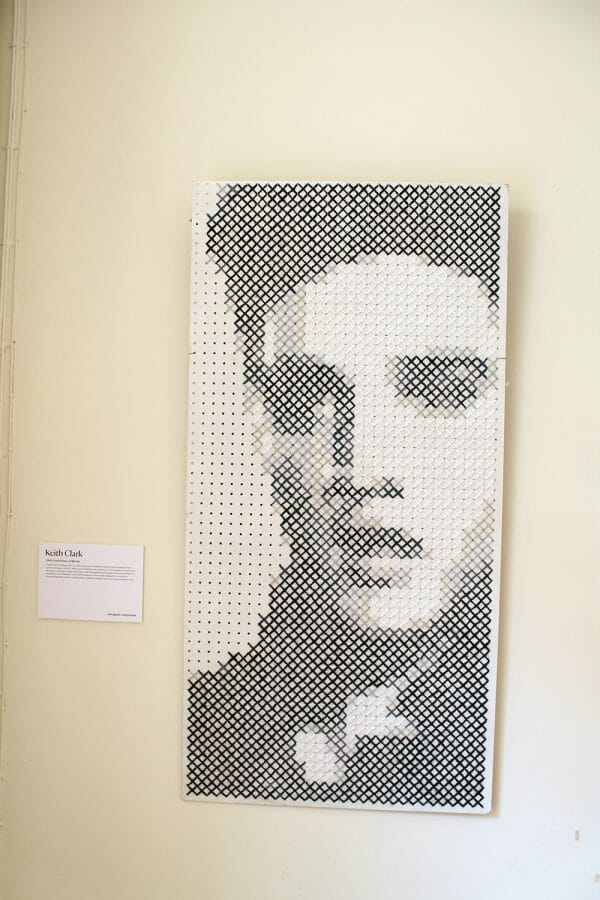 … and Lord Libidan’s 3d plastic stitched masterpieces are on display. Want Transformers and tiny video games consoles? You got it! 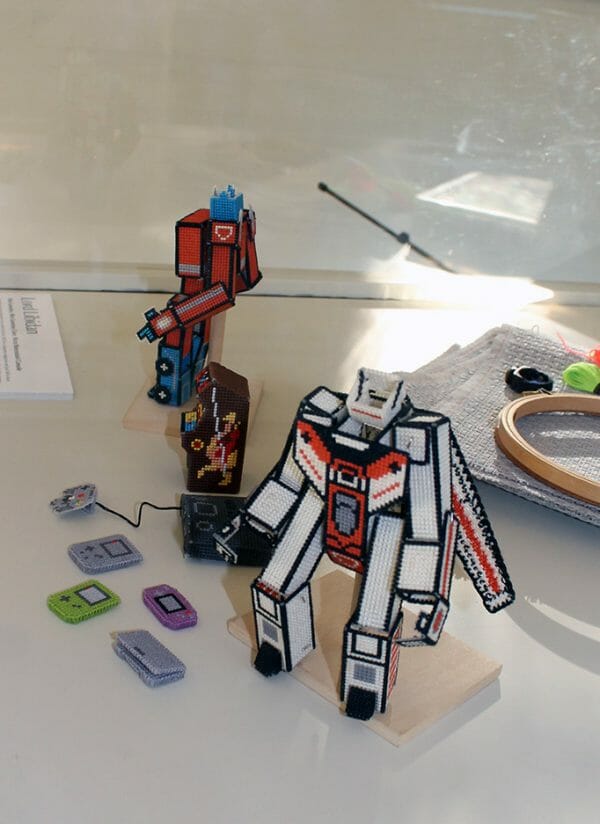 There’s a selection of pieces from some wiseguy called Mr X Stitch, but the less said about him, the better! 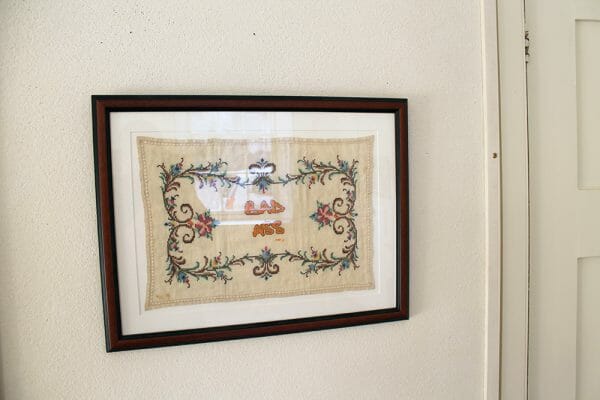 Along the corridor of the Servants Quarter, the area that houses the exhibition, we have Spike Dennis‘ stumpwork pieces called “The Arctic’s Last Gleaming“. 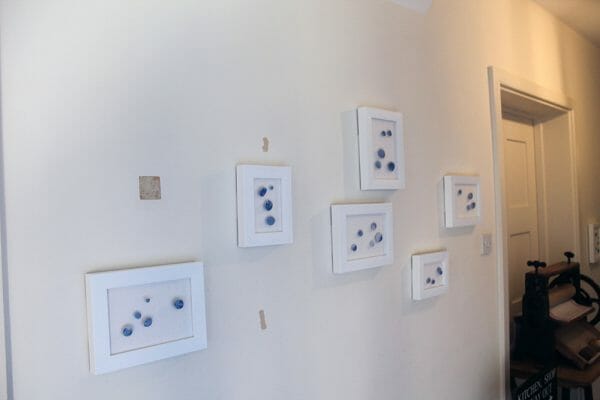 And in the smaller room of the two, we have a selection of pieces from those who provoke thought and comment through their art: 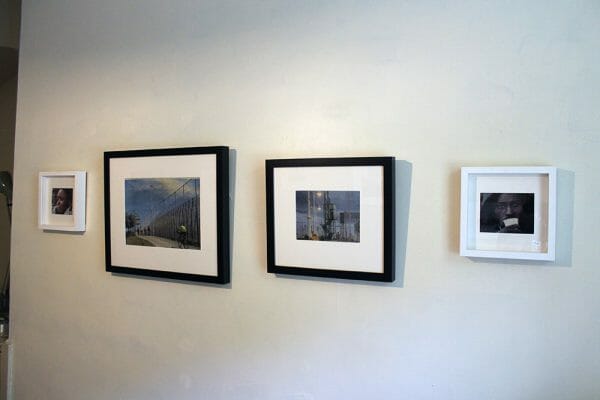 Tanja Boukal‘s “Hanging By A Thread” series explores migration and the treatment of those who seek safety on foreign shores.

Buy Nothing – Stitch Something! 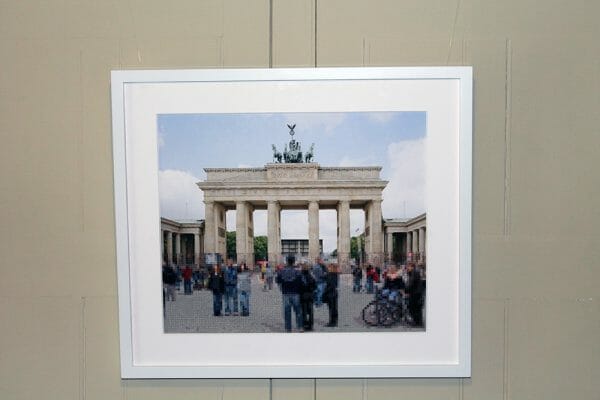 Diane Meyer forces us to reconsider familiar scenes by skilfully pixellating and stitching over them. 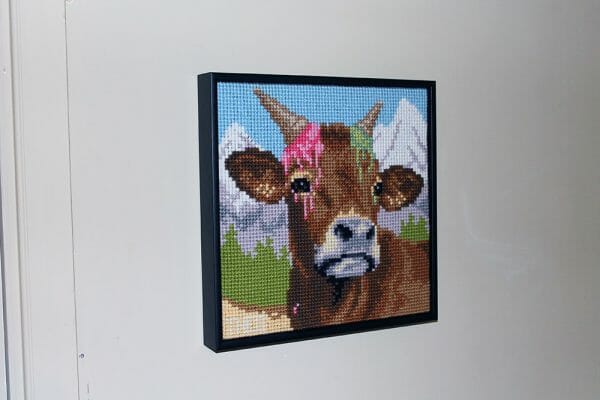 While Crapestry keeps things weird with his hacked cushion covers. 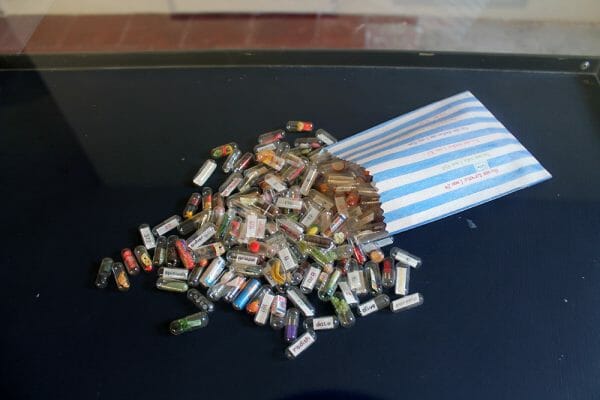 Caren Garfen‘s tiny tiny stitches are contained in a case at the centre of the room and they have to be seen to be believed! 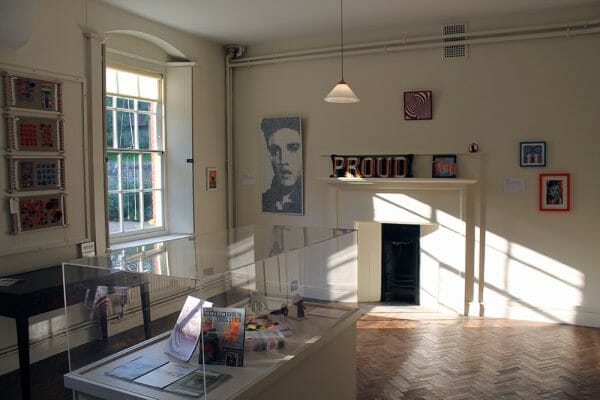 And that’s not all. Suffice to say, it’s unlikely that there’s been a cross stitch exhibition of this intensity for a long time and I would encourage you to visit it while it’s on. It’s a huge honour to work with the National Trust and I’m grateful to Richard and the staff at Standen for giving me the chance to share these terrific works. The exhibition runs until 11th November, so get down there if you can.  And if you do, please leave a comment here to let me know what you thought of it!

Rie Wenham and the embroidery lifestyle