Jacinta Lodge is the embroiderer behind Stitchalicious, which has recently…

Today I’m going to fore-go the technique side of becoming a better stitcher to talk about the mental side of it. Okay, so we’re not mentally preparing ourselves to parachute into a war zone, but while stitching is generally a relaxing past time, it’s also something of an endurance craft.

Most crafts take time – it’s part and parcel of handmade and a large reason of why we do this. But a large stitching project can take upwards of a hundred hours – and if you can only, say, get an hour in every other day then this one project will go on for over nine months. You could create a new human in that time! So it’s not surprising that we wind up with boxes full of Works-In-Progress that haven’t seen the light of day in years. So how do we find the mental fortitude to keep on keeping on when we can’t stand looking at our project anymore? I don’t know about you, but I’m incredibly bad at this, so I’ve got a few ways of tricking myself into completing pieces. 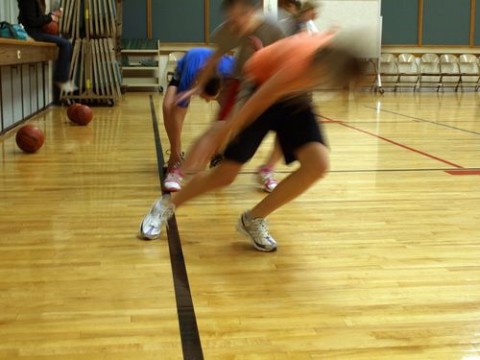 The Suicide Runs
This is my “only in the summer holidays” technique and is based on the high school gym torture where you have to sprint a third of the way down the gym, then back, then two-thirds and back, the full length and back, two-thirds again then one third. And then die. In the stitching sense, you need to sit and stitch, as focused as possible for hours. A break for a meal (or sleep) then do it again, and again and again. Don’t watch TV because you end up looking at the screen too much to really concentrate on your stitches, but audio books are awesome. Pick something unabridged and in excess of twenty hours and the days fly by.

The Sweet Reward
You know when you’re on a diet and you’ve been doing really well so you are allowed that little extra chocolate snack because you’re so good? You don’t? Well, it’s in the rules, at least I’m pretty sure I read it somewhere. Set up a quick project, something small and easy with basic stitches and few colours. Whenever you feel a bit burnt out on the big project, grab your little one. Finishing a small project gives you a sense of achievement and enough encouragement to tackle the big one again. And if that’s not enough, maybe add in a bit of chocolate. 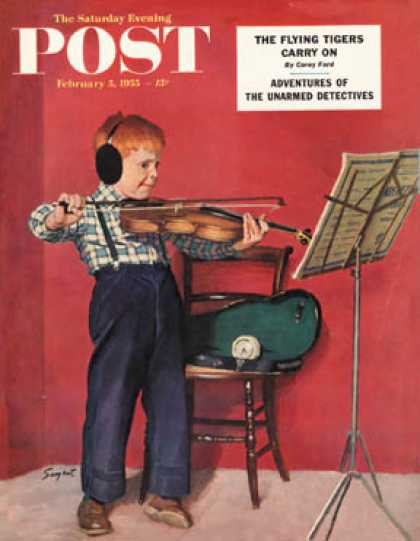 The Violin Practice
Okay, I call it this because I learned the violin as kid. For you it maybe the piano, or math homework. Every day you grab your unloved project, set a timer for fifteen minutes and stitch until it rings. Then put it aside and go on with your day. It’s short – so short it feels almost ridiculous – but in a week you’ve completed almost two hours of stitching; a month seven and a half hours! The Germans have a saying “Kleinvieh macht auch Mist” (small animals also produce dung) which generally means lots of little things add up to a big pile of… well, it’s actually menat in a positive way!
The Towel Toss
Now if none of that helps and you still find the WIPs gathering space and dust, it may just be time to call it a day. Throw in the towel on that one (or fifteen). Really, take a deep breathe and empty that box: throw them out, donate them to charity, pass them along to a friend to do, or even sell them on ebay. The relief from the guilt of those unfinished projects is amazing. I recently rid myself of a project I’d planned to give my sister as a wedding present. Seeing as she’s just had her third child and been married for nine years, it’s ridiculous I had that hanging around on my conscience for so long. You can do it! Acknowledge that those projects are never going to get finished and move on!

Those are my ways of keeping the work moving, although even with these I’ll admit I still have my phases where it feels like nothing is getting closer to completion. How do you do it? 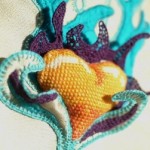 Jacinta Lodge is the embroiderer behind Stitchalicious, and purveyor of graffiti cross stitch patterns via StitchaliciousDesign. Her embroidered artworks have been shown in exhibitions in Germany, the UK and Canada and published in The Anticraft and Indie Craft. Jacinta is Australian, but lives in Berlin, Germany, where she does roller derby and listens to her husband hark on and on about VW buses.

Jacinta Lodge is the embroiderer behind Stitchalicious, which has recently moved into selling counter-culture inspired cross stitch patterns via her etsy shop StitchaliciousDesign. Her embroidered artworks have been shown in exhibitions in Germany, the UK and Canada and published in The Anticraft and Indie Craft. Jacinta is Australian, but lives in Berlin, Germany, where she does roller derby and listens to her husband hark on and on and on about VW buses.

Quilty Pleasures-The Finishing of a Quilt