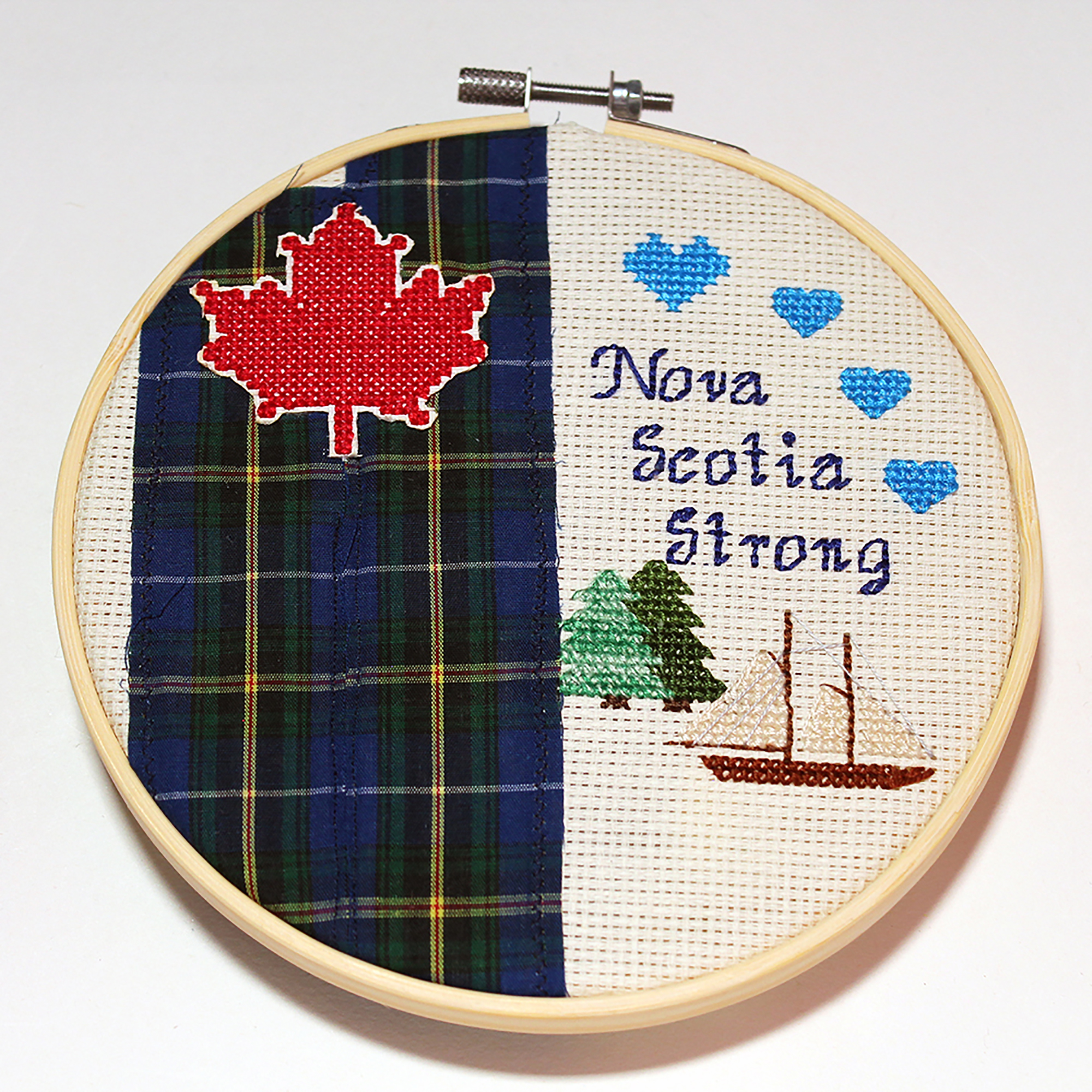 In my piece I included Nova Scotia tartan. The white and blue stand for water. Green is for the forests, red for the royal lion on the Arms of Nova Scotia, and gold for the province’s historic Royal Charter.

The maple leaf is to represent Canada.

Nova Scotia Strong was a saying that was started last year during the pandemic and other challenges Nova Scotians faced during the 2020/2021 year.

I love my province and when I think of it, I think of all the people who come together during a challenge and the beautiful place we live.