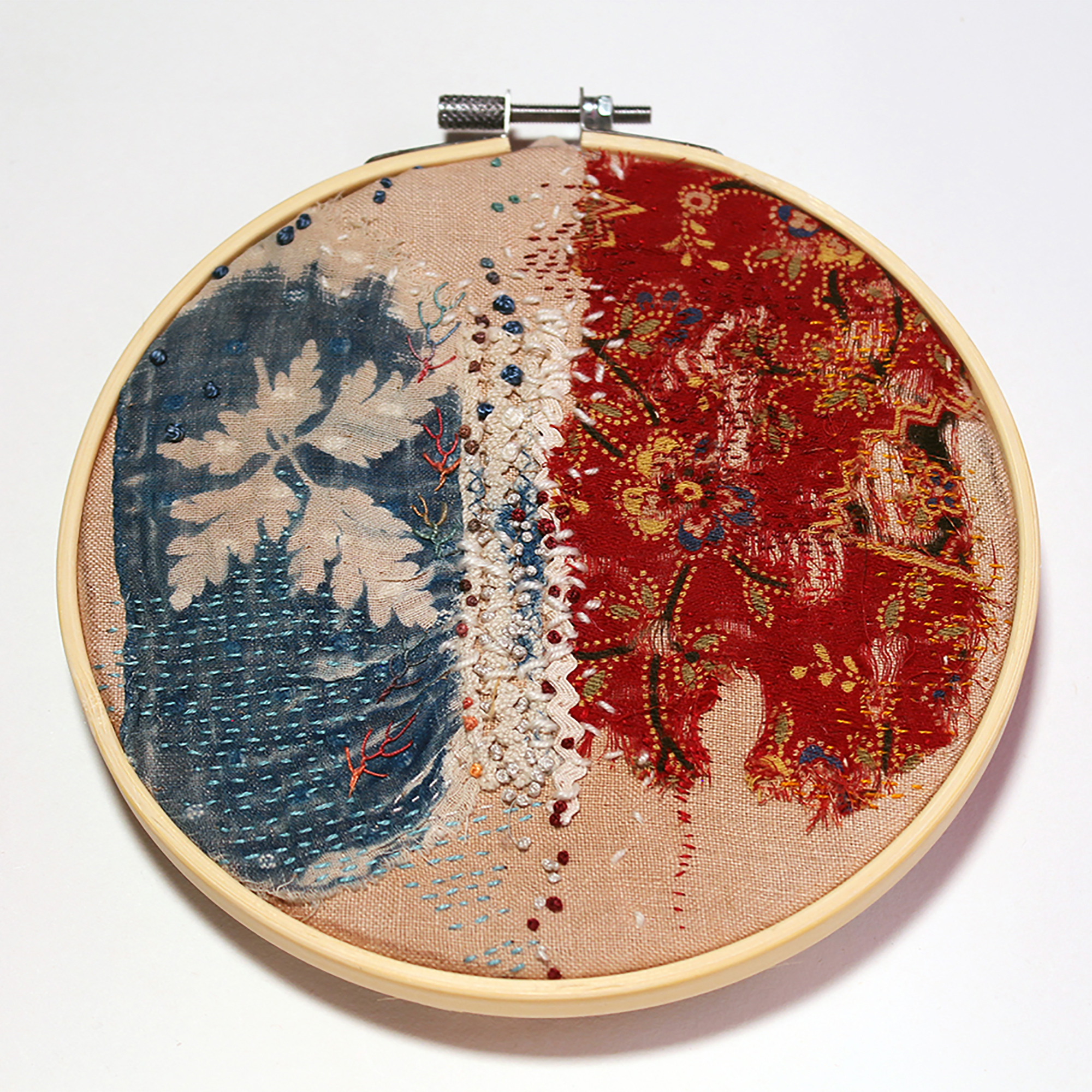 I have lived in France for 10 years now and now find myself no longer considered a European, with European rights. I am now a citizen of the United Kingdom and have had to apply for a residency permit. I find it sad that Brexit has happened, especially for young people who would like to come and work and study here on the continent.

My piece depicts the Tricolore, the French flag. The colours symbolise nobility (blue), clergy (white), and bourgeois (red), which were the estates of the old regime in France. When the Tricolour was formally adopted in 1794, it’s colours symbolised the values of the French Revolution: liberty, equality, brotherhood, democracy, secularism, and modernisation.

My piece includes a vintage piece of English quilt (red), a Cyanotype print (blue) which and some white handmade vintage French cotton lace (woman’s work!). It is placed on an old hand embroidered serviette, which I have dyed in walnut dye made from walnuts husks gathered in my garden.