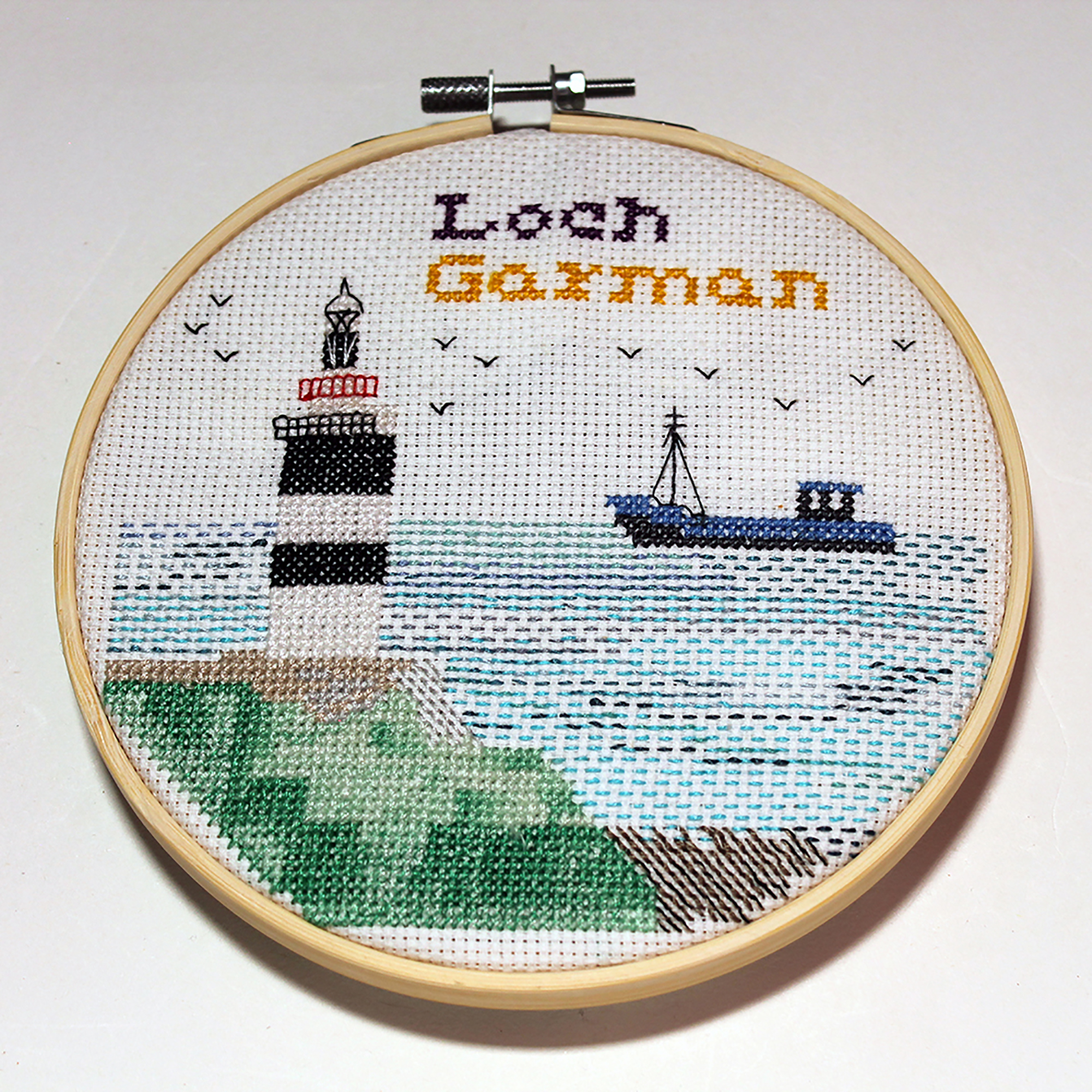 My exhibit reflects my adopted home of Co Wexford, its name in Irish and the county colours of purple and gold or saffron, and one of its most famous landmarks Hook Head Lighthouse. My exhibit seeks to capture the modern and the ancient which are co-present in Co Wexford and which is part of what makes it a wonderful place to live.

County Wexford (Irish: Contae Loch Garman) is a county in Ireland. It is in the province of Leinster and is part of the South-East Region. Named after the town of Wexford, it was based on the historic Gaelic territory of Hy Kinsella (Uí Ceinnsealaigh), whose capital was Ferns.

It has been my home since 2002. The county colours are purple and gold or saffron – which is why I chose to put the name in Irish in those colours.

Founded c.1200, Co. Wexford takes its name from the town of the same name. Veisafjorðr is an Old Norse word meaning “fjord of the mud flats”. The Irish name Loch Garman means “Garman’s lake”, named after the legendary character Garman Garbh, said to have been drowned in the mudflats by an enchantress.

Wexford has over 250km or 155 miles of coastline and beautiful sandy beaches and one of the most famous landmarks is the Hook Head Lighthouse.

The Hook Lighthouse (Irish: Teach Solais Rinn Duáin; also known as Hook Head Lighthouse) is a building situated on Hook Head at the tip of the Hook Peninsula in County Wexford, in Ireland. It is one of the oldest lighthouses in the world and the second oldest operating lighthouse in the world, after the Tower of Hercules in Spain. It is operated by the Commissioners of Irish Lights, the Irish Lighthouse Authority, it marks the eastern entrance to Waterford Harbour. The current structure has stood for 849 years. It was built by William Marshall, the Earl of Pembroke on the site of an earlier beacon believed to have been there from the 5th Century.