Big up to new manbroiderer Pierre for sharing his Steven Seagal cross stitch, made for his wife. Here’s what he had to say:

“First of all; let’s be clear, the choice of Seagal as a model was ironic, I’m not that much of a fan. It’s my wife that got me in cross stitching, she was making some cool stuff and I was like “hey why not start something”. I didn’t take it seriously at the beginning but I quickly became an addict, that bloody thing is like a drug!”

And there you have it. The conversion of an innocent man into a manbroiderer. A magnificent sign of our times! 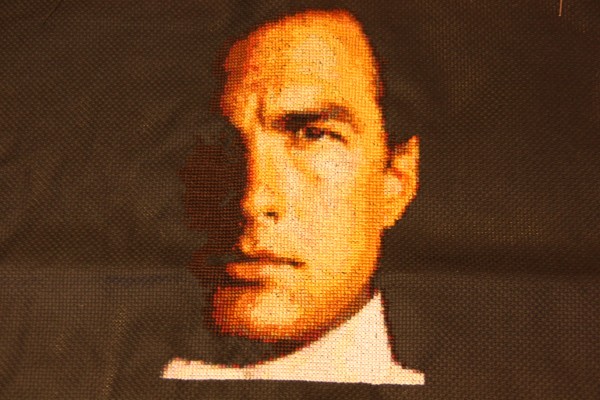 If you know any manbroiderers, send ’em our way. It’s a safe space here.