It’s always great when a new manbroiderer busts onto the scene with something really smart and Tom Katsumi is no exception. This is his Henrietta Lacks cross stitch, and here’s Tom’s explanation of this fascinating subject:

“She was the unwitting donor of cells that became the first immortal cell line in the 1950s.  For some reason they were able to keep her cells (and only hers) alive in the lab for use in experiments that needed human tissue.  She never knew about this and soon after died of the cancer that the cells were taken from, her family only found out in the 80s, by which time her ‘HeLa’ cells were in labs across the world and had made a LOT of money for other people.

“Her cells are still alive today, and common in most of the right type of lab, so a scientist friend of mine got me a sample that I soaked into the cloth that this is made on so that it has her unique (and probably highly mutated by now) DNA within it.” 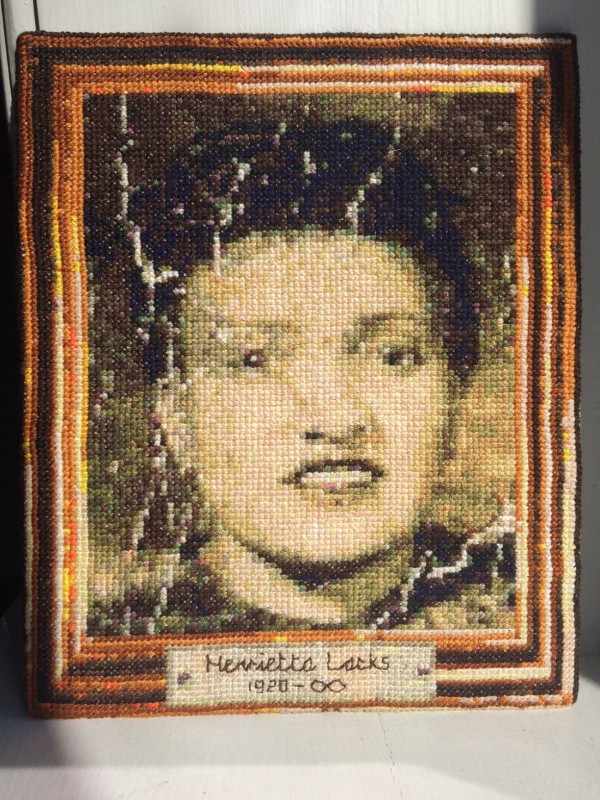 There’s an excellent Adam Curtis documentary about her:

Such a smart idea – a cross stitch that contains the actual DNA of the subject. A strong opener – who knows what Tom’s going to come up with next!