I’m honoured to bring you Mr X Stitch’s first ever column on fabric and textile design. Whether you’re a maker or an admirer of textile art you will have considered the impact of fabric design at some point. My aim with this column is to showcase the quirkier contemporary side of fabric design, and where possible highlight home grown talent from around the UK and British Isles. 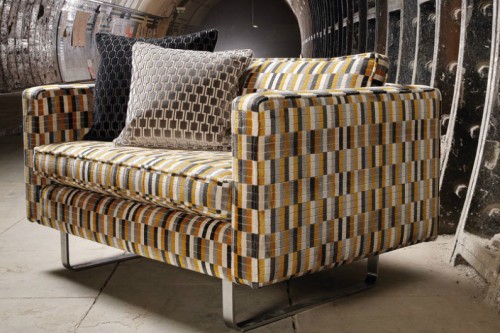 One thing that’s undeniable about fabric design is that it’s around us all the time- never more so than in our homes- so this contemporary fabric design company with its roots in furniture manufacture at the turn of the 20th century really caught my eye. 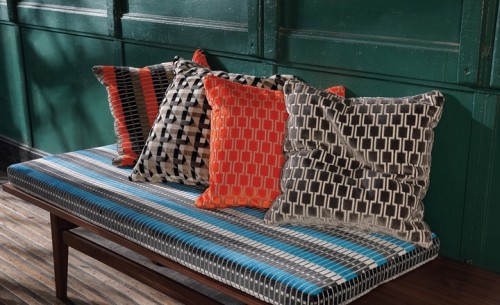 Established in 1902, Romo is a family run business, based in Nottinghamshire, UK. The company designs and markets exclusive furnishing and upholstery fabrics for residential and contract interiors. Kirkby Design, one of the Romo Group’s 6 design houses, recently launched this line that I think is rather special. 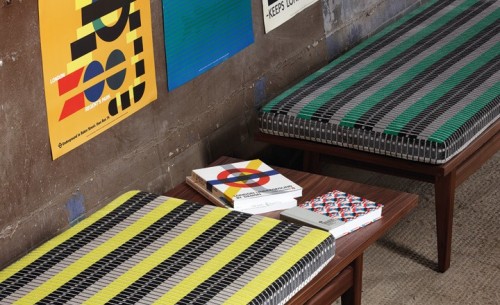 To celebrate the 150th Anniversary of the London Underground Kirkby Design collaborated with Transport for London (TfL) to recreate five iconic designs originally used for seating across the underground and wider TfL network from the 1930s to the 90s. Created in Kirkby’s signature palette on typical underground moquette fabric (a hard wearing velvet upholstery fabric). 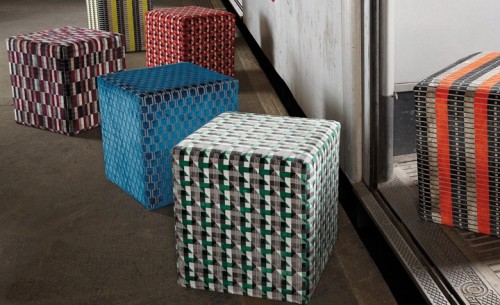 Sometimes fabric design is so ubiquitous we overlook it- that’s why I love this collection. I have a soft spot for the aesthetics of the London Underground, it’s so iconic but so often unsung. There is a reassuring comfort of a daily commute. These designs really deserve a bit of exposure. Underground themed pub anyone? 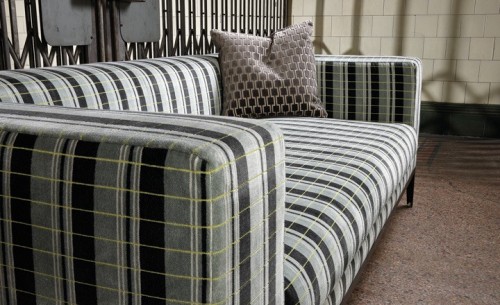 You can check them out here: Kirkby Collection – Underground
And the rest of the Romo Group design houses here: Romo Group Brands

Bridgeen Gillespie AKA Cherry and Cinnamon is an embroidery artist, illustrator and sometime textile designer, she blogs at cherryandcinnamon.com

Fancy some Textile Artist training? Sign up to this!