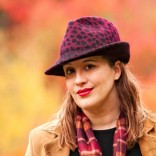 Kristin Silverman
Kristin Silverman designs and makes hats under the label Silverhill Creative Millinery. She specializes in vintage-inspired hats for everyday modern wear. Kristin is also a singer and actor.

More than a year ago, Emily, who used to write the “Millinery Operations” column, made several posts about the category problem on Etsy. Many months ago, Etsy changed its categories — some for the better, some for worse. And I still have many criticisms I could level at Etsy for how the categories should be structured, but I’m not going to do that, because the problem is bigger than Etsy’s category labels.

Is there a perfect way of structuring categories on Etsy? No. Absolutely not. I don’t know how to even suggest improvements on the categories. Some categories are too narrow; some are too broad; some are just right but are buried in unintuitive parent categories. And a couple are spot-on. But it doesn’t matter … because people mislabel things on Etsy all the time.

A “boater” is just a hat you’d wear on a boat, right? Wrong. It actually is a very specific shape.

And none of this is Etsy’s fault. Etsy could make the most divinely perfect categories, and you’d still find things like baseball caps being put in the cowboy hat category rather than the baseball cap category.

You’d still have, as I saw today, on the very first page of the super-category “Hats & Caps” (prime real estate!) … a baby romper. And, no, it didn’t come with a coordinating hat; it was just in the wrong category.

Did you know there’s a type of hat called a “whimsy”? Probably not, because it’s not much in use anymore. Modern milliners would probably just call them fascinators. A whimsy is a type of hat from the ’50s, almost always with veiling/netting, and featuring a ring-shaped base or a very small base (e.g. a small bow). But if Etsy created a dedicated category for whimsies, I know that it would be filled with any type of hat that the seller thought was whimsical.

Etsy has a category for bowler hats (under “formal hats”). Theoretically, bowler is the British term for this type of hat, and “derby” is the American term.

Millinery in the Time of Coronavirus

A bowler hat is a very specific shape. Thanks, Etsy, for supplying a dedicated category with a narrow focus! … And then you explore the category and find (on the first page), everything from floppy hats to scrub caps. Scrub caps!

As a result of this, I find that I can’t even be upset with Etsy. Fixing the categories would be like getting people to all agree on the exact color of mauve. It’s a purplish, pinkish color, right? Maybe with some brown or gray in it? … And if Etsy sellers thought it would get them noticed, they’d start calling neon green “mauve.” 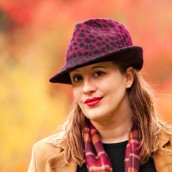