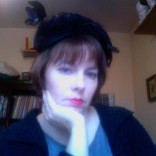 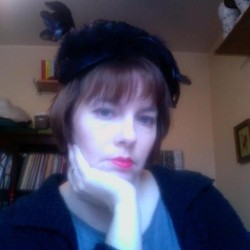 Several months ago I wrote a couple of posts about the troubles that milliners are having on Etsy (The Category Problem and Etsy vs The Milliners). It’s gotten quite a lot of attention from makers of all kinds, organizations that help those makers and from Etsy itself. The latter (actually) responded with a letter trying to make the case that Etsy is for us, not against us. But the letter also told me that I was not to share its contents with anyone else. I guess I can’t share the letter. Of course this lack of transparency is probably the most important and disturbing problem with the whole organization, but it’s very hard to talk about that because whenever it comes up in conversation on the site, HQ has a tendency to shut that conversation down.

Nonetheless, it is a vital conversation to have and one that could help the milliners, Etsy and the whole of the maker community. A pity that it can’t happen within the Etsy community.

But it can happen off of it.

As I said, since writing the infamous post, I’ve had communications with a host of people and organizations that want to help. The one that’s really stood out is the Academy of Handmade. Their mission statement is pretty great:

Our vision is a thriving handmade economy, where makers are celebrated, respected and successful as not only artists, but as businesses. We aim to honor those who make with skill, artistry and love.

Our primary goals are to:

To that end, tomorrow, January 26, I will be participating in a panel discussion moderated by Sharon Fain of the Academy of Handmade along with other milliners who have been involved with our fight. I use that word “fight” with great care. We have been advocating the needs of the milliners to HQ for years. Literally years. I think it’s been at least five. That’s a fight.

We’ll be discussing the unique needs that milliners have on Etsy and off, what can be done to fill those needs and what the future holds for us. Obviously these are big questions that will prompt other questions which will prompt others… This discussion will end up as a post on the Academy of Handmade’s blog, available for all to read. Ready for the world. When it is up and going, I will write a quick follow-up on this post in the comments to make sure that everyone who gets to Mr X Stitch can find their way to this extremely important discussion.

In getting ready for that event, I’ve been doing a lot of research on Etsy and research also about criticism of Etsy. I have found that sites that criticize quickly and suddenly go dead. I have also heard of critics’ shops being shut down on Etsy. The people participating in this discussion are aware of problems that may arise for us personally by speaking out. We’re going to speak anyway. I hope that Etsy reads this post and that discussion as constructive criticism. Many of us are trying to find ways to sell in other venues because selling on Etsy has become increasingly problematic. We desperately want that to change. We want to remain on Etsy. We do not want to run away or be forced to close.

But know this. If there are any negative outcomes to any of the people that do speak out, I will let the audience of Mr X Stitch know. Ask my husband. He’ll tell you how impossible it is to get me to keep my mouth shut. 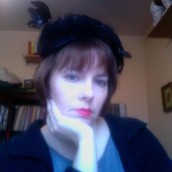 The Ailist – Beaded Lemons and a Question Of Size…

Beneath The Folds – Religious Icons