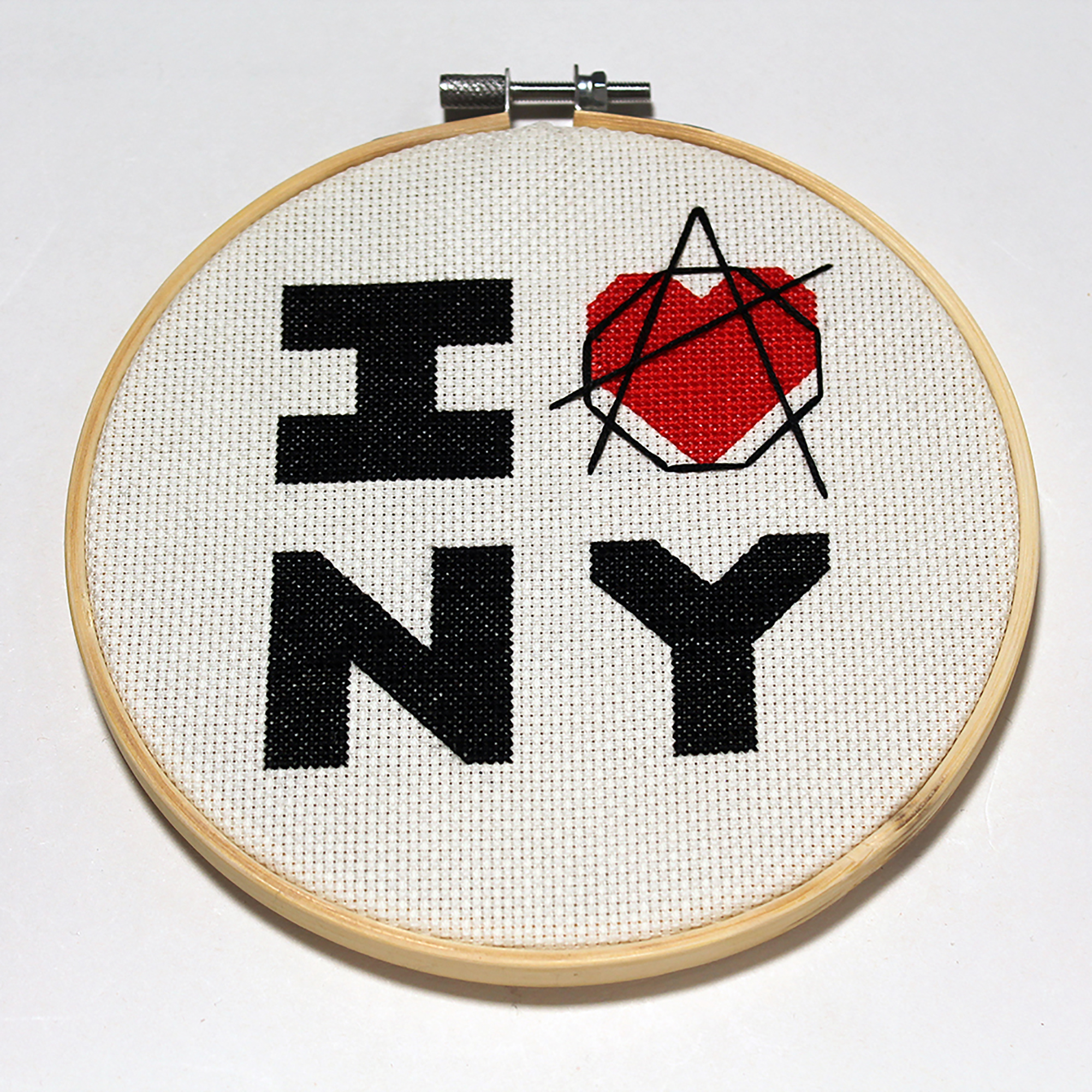 I moved to NYC in the mid 90’s right out of high school. It was the first time I ever felt like I fit in and it has since become my home.

In the summer of 2020, then Attorney General William Barr suggested to then president Trump that he should designate certain cities as “Anarchist Jurisdictions.” Among other things this designation would allow them to withhold certain federal funds in a time of social strife and an unprecedented health crisis. They also tried to paint these cities as places of mass riots and unfettered chaos, which was a blatant lie. Among these cities were Portland, OR, Seattle, WA, Washington DC, and New York City.

While it never actually came to being, many in NYC wore that designation like a badge of honor.

This piece was originally designed as a 3″ ornament for friends and fellow residents of this “anarchist jurisdiction” that we really do love. I have scaled it up for this project.